Bring on the brawlers! D:

Hey, its me HBK! and this is ma story of how i got involved of this. brace yourself. its a bit long...

I originally was into SFO (street fighter online) which is where i got into the Xat chats 1st. after a year of being in a clan called New generations i got Brawl!
Well once i got brawl i was immediately into fighting online so i tried to join the nearest clan i could. and i got directed to a clan called ESF (Elite Strike Force) that was led by a dude called Eddie, and co-owners by SSJ4 Vegeta. The dude who recruited me was known as Pelca and we became quick friends. also i brefriended dudes named Adam, 9volt and Lilo. after raising sum rep of mine by making people sigs and such, my friend pelca and some of the owners got in a fight... the owners fighted and e.t.c and in the end, pelca decided to leave ESF for good. He asked 2 people to come and help him make a new clan called RBS (Ritous Brawl Squad), Me and 9volt. I made the forum and such and 9volt and pelca ran it. We were very successful and won many a clan war. Gaining MANY new friends and old ones that i missed. Around this time, i Met a guy called Elii. After a while, Pelca became very power hungry and wanted to be in control of BIGGER things, so he tried to force-merge RBS with another clan to make something called USF. RBS was basically dead. so Me and Elii made a new clan called BDA. I designed the forum and elii helped recruit people. This is where we met Slppy, Chimpy and Aldo. Soon as we met aldo he went on a recruiting spree to try and raise his rank. When he recruited enough people (about a month later) we had no choice but to make him the Co-owner. Things where going good for BDA and soo many friends where made like stuey, miles, Marc e.t.c. Then the hard thing happend... Pelca had returned and RBS was remade... What could i do!!!! he offered me ownership again if i joined and i could meet all ma old friends again, but i could just leave BDA... Elii had dissappeared around this time and it was just me and Aldo running the show...
I decided to stick with BDA in the end, and RBS and us had many a clan war. But another prob was up. Aldo was becoming increasingly interested in becoming a Main owner... plus he was getting in fights with Marc & Peach, who i had befriended at that time... After a while, Marc left BDA and started a Peach Guild which took many of our main members away e.g. Dinner, Chimpy and Aqua... Aldo was still angry at him and i was pissed at aldo for it... once when i came back everyone was split up, some in $B and others in peach. and the clan was dying... just to find aldo and Marc arguing again... Aldo started to ban peachguild members and i unbanned and made the mods and such, which wasnt really helping the situation at hand... BDA, once a haven, had basically become unpopulated after that and people went different ways.
But to my attension came word that Miles + Stuey had made RA. when i appeared there everyone hated me and said that I had killed BDA by modding peach members... I was basically pissed. but wanted to show them that i ment no harm... so i helped make the forum. and made a banner for them... then they let me slide. then lots of things happend ofter that to make RA where it is today. Thanks for readin ma story!

thanks, i try my best XD

Interesting bro. My story is a lot shorter, but probly more dramatic.

i wasnt pissed at you

i always been ur friend

long story, id post mine, but it got deleted along with the old place 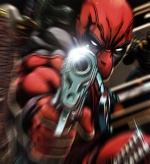 yea its cause of dani

he quit brawl
and hes a crybaby srsly